The Summer of The Polygamy House

Last night I went to dinner with my best friend.

And we started talking about that time we went to Death Valley on a quest to find the legendary Barker Ranch.

For those unfamiliar with it, Barker Ranch was the last hideout of Charles Manson before his arrest. It’s in a remote area of Death Valley, only accessible by 4-wheel drive.

But that’s a story for a different day (and I do intend to eventually write about some of my Death Valley adventures).

The important part for right now is that I said, “God, it was stupid to rush into the desert like that.”

(We were quite unprepared.)

And my friend said, “It makes me kind of sad.”

“Yeah. Because we won’t ever do stupid things like that again. That part of our lives is over.”

I wanted to tell her how very wrong she was, how there are still a million adventures to rush (stupidly) into.

But the thing is, she’s right.

I often tell myself:

There are no abandoned buildings in Vegas.

I have explored everything there is to explore.

That’s the reason I haven’t been doing it lately.

And part of that is true. No matter how old I am, I’m pretty sure I’ll have the urge to explore every creepy, abandoned place that crosses my path.

But. That’s not the entire reason. I’m more cautious now. I understand the risks better. I don’t want to die because I just absolutely had to explore that falling-down shack in the middle of the desert.

And besides, exploring just isn’t the same as it used to be. It’s different when you’re a teenager and have a big group of friends with you, and it’s the middle of the night, and your parents don’t know where you are, and someone probably brought alcohol, and yeah it’s scary, but you also feel invincible. No… it’s just not quite the same anymore.

The conversation with my friend made me miss those days.

It especially made me miss the very best of all the abandoned houses I’ve ever been in: 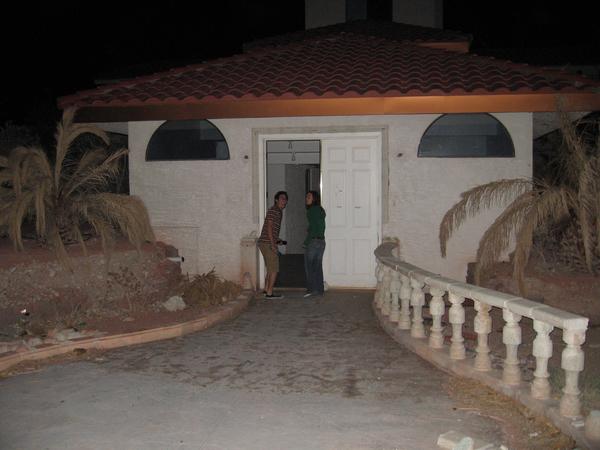 We found it through word-of-mouth. It was out on Kyle Canyon Road, on the way to Mt. Charleston. It was close to the freeway, before the desert turned to forest, but still secluded. You could hardly see it from the road.

A few of us drove out there on a whim, not really expecting much. That’s how it usually went with our urban explorations. Las Vegas likes to tear things down as soon as they get old, so we don’t have much to explore.

And that’s what started The Summer of The Polygamy House.

Over the next few months The Polygamy House became our playground. We explored and hung out and shot movies. We took everyone in our group of friends there. I don’t even know how many times we walked through that house. But it was never as awesome as that first night. 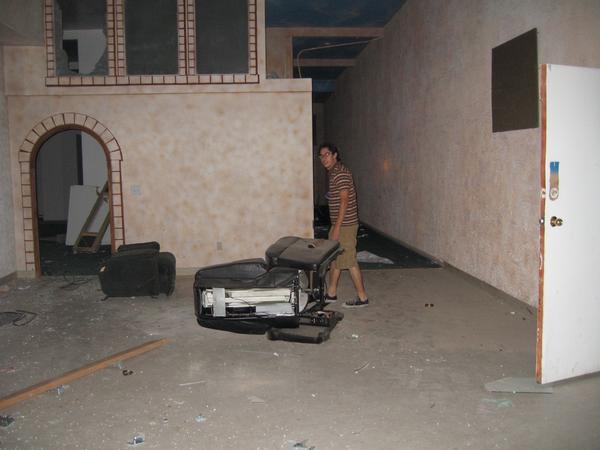 There were only three of us then, and we were scared. I can’t even remember if we had flashlights (though I think we must have). That night was the best night because we didn’t know what to expect. Anything could have been waiting inside that house. Anything.

Eventually we learned the layout, but not that first night. We were disoriented. We got turned around. We found a set of stairs that went to nowhere. Yeah, like the freaking Winchester Mystery Mansion.

That’s the thing about The Polygamy House. It just didn’t make sense. The creepy tower playroom. The pointless hallways. The outline of a crib that looked burned into the wall. The big white room in the center of the house with no windows (the scariest room of all because there was no easy way out).

The house became less creepy over time, once we got to know it. But truthfully, it never stopped feeling a little off. A little strange.

The polygamy part didn’t come from nowhere, by the way.

We heard it from the girl who originally told us about the house. It wasn’t that unbelievable. Nevada and Utah are right next to each other, after all. (Not that I mean to imply all polygamists are from Utah. But when you grow up in this area of the country…)

Later on, the cop who caught us at the house (and was kind enough to not charge us with trespassing) confirmed it. He said he’d do patrols of the area and the family (families?) would be outside in their old fashioned clothes, and run in when they saw his car. He also said there were more sinister rumors, rumors about the children being locked in some underground crawlspace for long periods of time.

Alright, I’m not stupid. That cop was probably just trying to scare us (which only makes him more awesome in my opinion) but we sure looked for those crawlspaces. We had visions of a secret subterranean dungeon. We never found one, of course.

Before that, the cop said it had been some sort of swingers place. Which maybe explained the mirrors on some of the ceilings.

The house had a history before the polygamists and swingers arrived though. I was able to find that out easily enough by looking up the address with the Clark County Assessor’s Office. My memory is a little rusty (this was almost ten years ago, after all) but it was some sort of boxing retreat and there were tigers and someone got attacked (and maybe died). Weird, right? Everything about the place was weird. 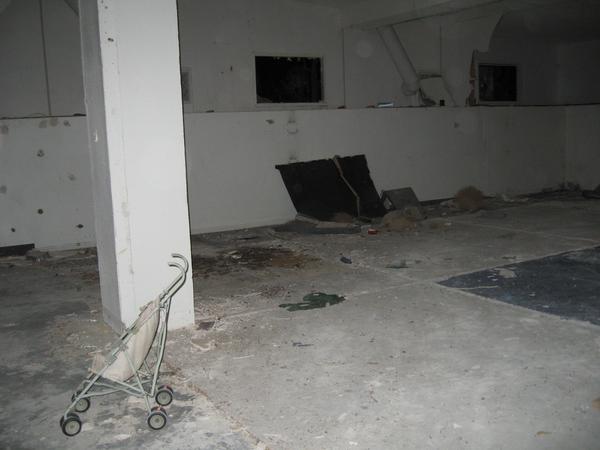 It was scary and awesome and I know for a fact I’ll never have another Polygamy House.

I won’t even have that Polygamy House to revisit.

We got it for one summer. Then one night my best friend (yes, the same best friend who sought out Barker’s Ranch with me) and I decided to make a trip out there by ourselves. We went down the dirt roads and drove onto the lot. And nothing was there.

In the time we’d been away (a few weeks, at most) the house had been torn down. There was nothing left but the foundation.

I mourned the loss of that house like it was a friend.

It was more than an abandoned house. I’d spent my life dreaming about finding a place like The Polygamy House. It had felt like a gift, like something that had been dropped off in the desert just for me.

And beyond that, beyond it making my haunted house dreams come true, I’d made so many memories there. I actually formed friendships just because of that house, bonded with people over it. I also have friendships that peaked at The Polygamy House, people I don’t talk to at all anymore.

So that’s the thing.

The thing that bothered me about what my friend said last night.

“It’s sad because that part of our lives is over.”

One day I might find a place that’s bigger and creepier and more remote than The Polygamy House. There are abandoned, red-brick mental institutions. There are haunted, decaying farmhouses. There are places to explore and be scared and have adventures.

But it will never be the same as The Polygamy House.

There was something magical about that summer that I won’t be able to recapture.

That's the thing. My friend was right. I won’t ever be that young and stupid again. I won’t ever have another Polygamy House. That part of my life is over.

And it is sad.

But I guess that’s how life is.

Everyone has fond memories of a time they know they can’t return to. In one way or another, everyone has a Polygamy House.