Even though the bamboo belongs to me it’s been such a fixture in the office that bringing it home felt slightly forbidden. A kidnapping.

At 5:30 on April 30th I wrapped my bamboo in plastic and slipped it furtively out the door. And how did I feel when we made it safely to my little lime green getaway car? Free.

The bamboo didn’t start its life with me. My previous boss’s girlfriend brought it to the office for him. She thought it would cheer up the room. He disagreed. (How typical of him!) He said if no one else took it he’d throw it away, and that’s how I ended up adopting the bamboo plant.

Just to be clear, even back then, even in the old office, the bamboo wasn’t exactly healthy. We were trapped in a cramped room with hardly any sunlight. But bamboo can survive just about anywhere, at least that’s what I was told. Occasionally I had to pull off yellow leaves, but the four stalks were still green. It wasn’t doing great, but it was getting by.

This past December, when we moved to the new office, I brought the bamboo with me. Of course I did! How long had it been on my desk by then, a year and a half? Everyone in the tech room talked about how great the new office would be. More space, more light. Even a new boss since the grumbly plant hater had moved on. It was a fresh start. We had so much hope.

I figured the bamboo would thrive in the new office.

For a little while it did.

The thing is, a new office is still an office. No getting rid of the harsh fluorescent lights and all that jazz.

In February the decline started. More and more wilted, yellow leaves. One of the stalks become brittle. Diseased. It spread to a second stalk.

It’s one of those things that happens over enough time that you hardly notice it. Every once in a while I’d add water to the container and realize my bamboo wasn’t looking so good. Every once in a while someone would make a joke about my little plant so desperately trying to hold onto life. What are you going to do? Plants die.

Except maybe they don’t always need to. Probably I’d neglected my bamboo for too long, but that didn’t mean there was no hope. Didn’t it deserve one more chance?

Today I kept staring at my dying plant and realized I needed to rescue it.

So I walked out of the office with my bamboo. I threw away the dead stalks and cut the yellow leaves from the other two. I scrubbed mineral deposits from the container and the pretty blue stones. I gave the bamboo distilled water to drink, no more harsh desert tap water.

I let my plant decay in that office for way too long.

Now the bamboo is safely in my house, waiting in the bathroom for tomorrow morning’s rush of humidity. And I have a new goal: nursing it back to health.

Maybe it’s too late for my bamboo. Or not. Either way, sometimes you have to try. 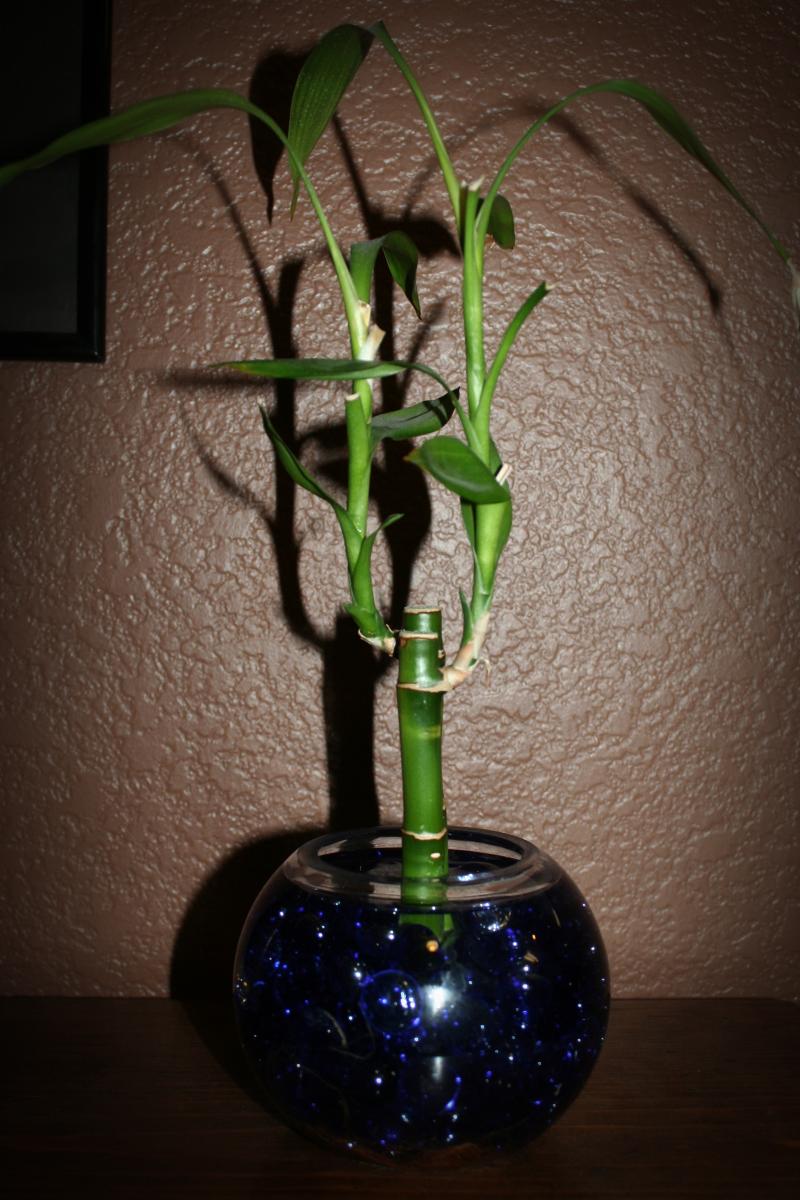