Lost in the Mojave

It's not that writer's block is unfamiliar to me. But usually it takes a different form than it has with my most recent short story.

Usually it's getting started that's the hardest part. Once I get going things start to flow pretty naturally. I might look back on what I've written a few days later and think it's all awful, but at least I was able to get words on paper. This time, this short story, every word is a struggle. Like somewhere along the line I forgot how to make sentences. It took a massive effort to get a first draft done. (And can it even be called a first draft considering there's a section in the middle that says and yeah, some things are going to happen here?)

The question is: If a story is this difficult to write, does it means it's a story I shouldn’t be writing?

Those moments when the words are coming faster than I can type them, those moments feel so very right. Like I'm writing what I'm supposed to be writing. It makes me wonder if the tougher stories are ones I'm not ready, or inspired enough, to tell.

Or there's the other option: I’m struggling because for the first time I'm writing a story that takes place in Las Vegas.

Las Vegas has been my home for nearly my entire life. It’s a place I know intimately. It’s so very real to me.

And I guess it would be accurate to say I have a fear of writing about things that are real. That's why most of my stories take place in towns and cities I invented. Even little details get worked over before I put them in a story. For instance, one of my characters has a car that's strikingly similar to my old VW. But it's not my car. It’s my car but changed. I had to make it different before I could write about it.

The thing is, when you write about something that really exists you have so many chances to get the details terribly, terribly wrong. 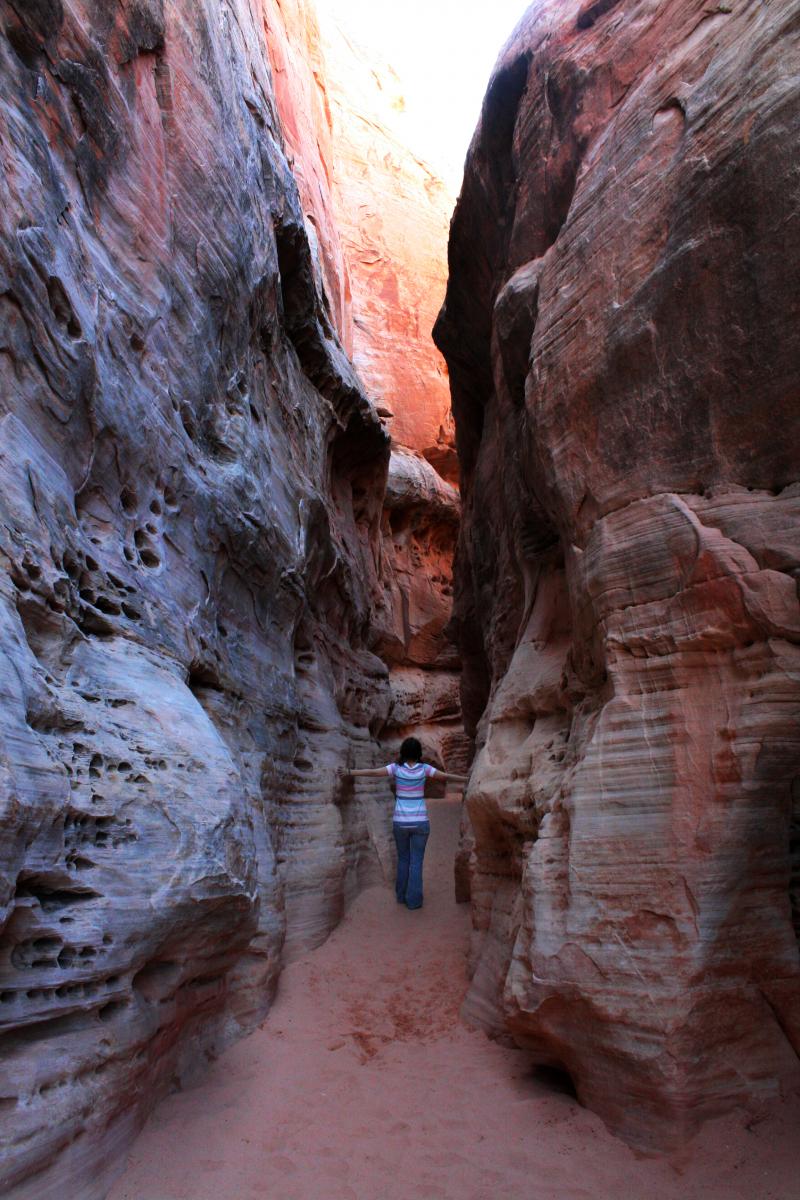 Writing about Las Vegas is daunting. This weird city in the middle of the Mojave Desert, this strange little section of America where there shouldn’t really be a city at all.

(Oh, Mojave Desert, how I love you even though you're so harsh and ugly. Even though you torture us with summers that get to 115 degrees. Even though every time I wash my car you reward me with one of your windy dust storm days. Even though venturing out in you means I need to constantly be on the lookout for scorpions and rattlesnakes.

True story: the only time I've encountered rattlesnakes in the wild a mysterious stranger swooped out of the desert to save me from them. Only in the Mojave…)

I admit, the Mojave Desert can be an ugly place. But if you know how to look at it right it can be so, so beautiful too.

I've always wanted to write something that captures the desert, and my weird gambling town that somehow thrives in the middle of it. One day I'll set a novel here.

I guess I want to write about Las Vegas the way that one of my favorite writers, Francesca Lia Block, has written about Los Angeles. (If you've read anything by Francesca Lia Block you'll know why that's such a lofty ambition.) The thing about LA is that I've been there about a billion times. I have my own impression of it. And it's not the same as the impression I get from Francesca Lia Block’s books. But here's how good she is: she changed my view. Now, forever, I imagine Los Angeles as the magical modern fairy land from her novels. Not that everything is happy and bright in her version of LA. In fact, she deals with more heavy issues than most young adult novels I've read. But she wraps it all up in this unique package that somehow conveys the darkness and whimsy of the setting at the same time.

Okay. When I write about the Mojave it won't ever be quite like that. For one, it's a much different place. Also, I have my own way of writing and I never want to try to write like a writer I love. I want to write the way I write and find my own voice. But still. I want to capture the desert in a different way than most people are used to, show them a side of it they might not have otherwise known.

That was my plan. So far it's not going so well.

Trying to capture a place I love with the right words, so other people can see that place through my eyes, seems impossible.

That's why at the moment my story is unfinished. I'm still trying to find the right way to tell it. I guess, much like my main character, I'm very much lost in the Mojave.