After the craziness of BEA, I needed to relax. Which, for me, means having an adventure. A non-writing-related adventure, I suppose—because BEA was certainly an adventure in its own way.

Since no abandoned/haunted houses have recently popped up in Vegas (at least, none that I know of—and if someone reading this has heard of one, please send me a message) I settled for a desert exploration adventure.

And it was good timing, because we have some new weirdness in the Mojave. 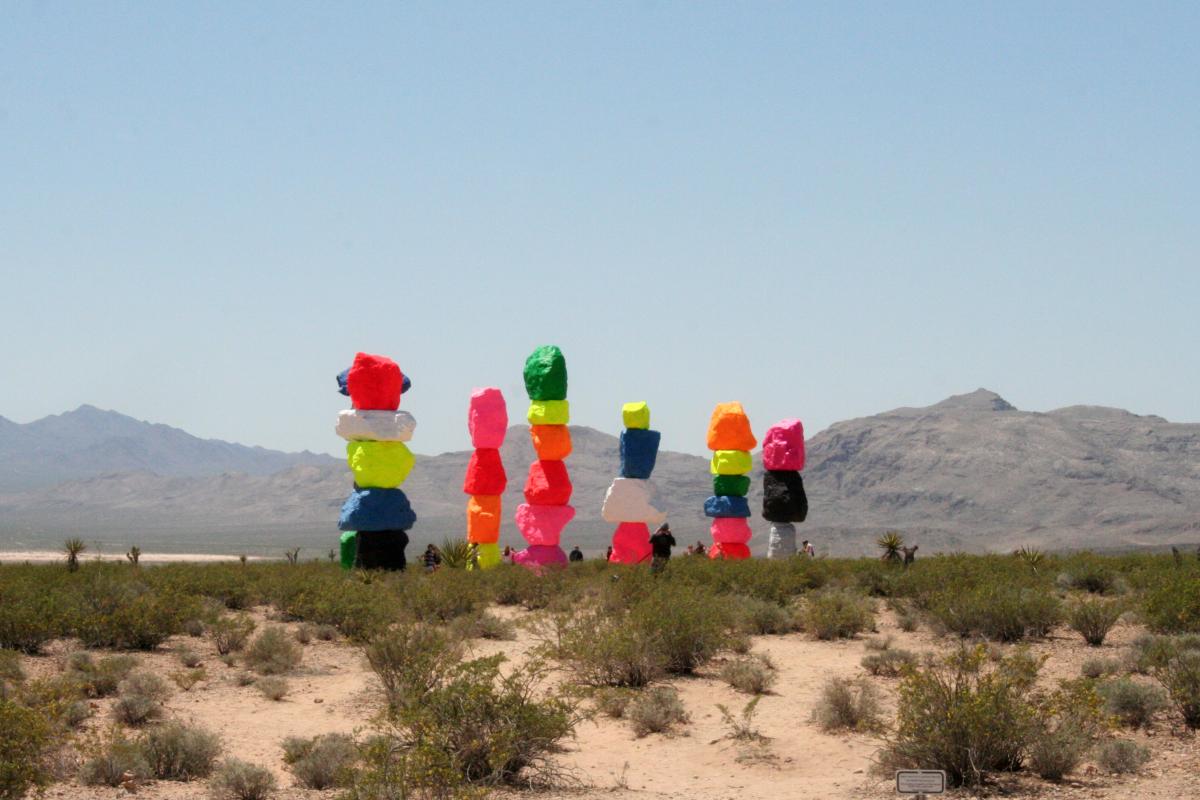 Which is not as magical or mountainous as I’d prefer. But it’s still pretty freaking cool.

You’re driving down Interstate 15, heading from LA or wherever. You drive past Jean, the tiny desert town most people have never heard of. You’re approaching Vegas, but before you get there, you suddenly spot enormous, fluorescent rock pillars on the horizon. Bizarre, right? 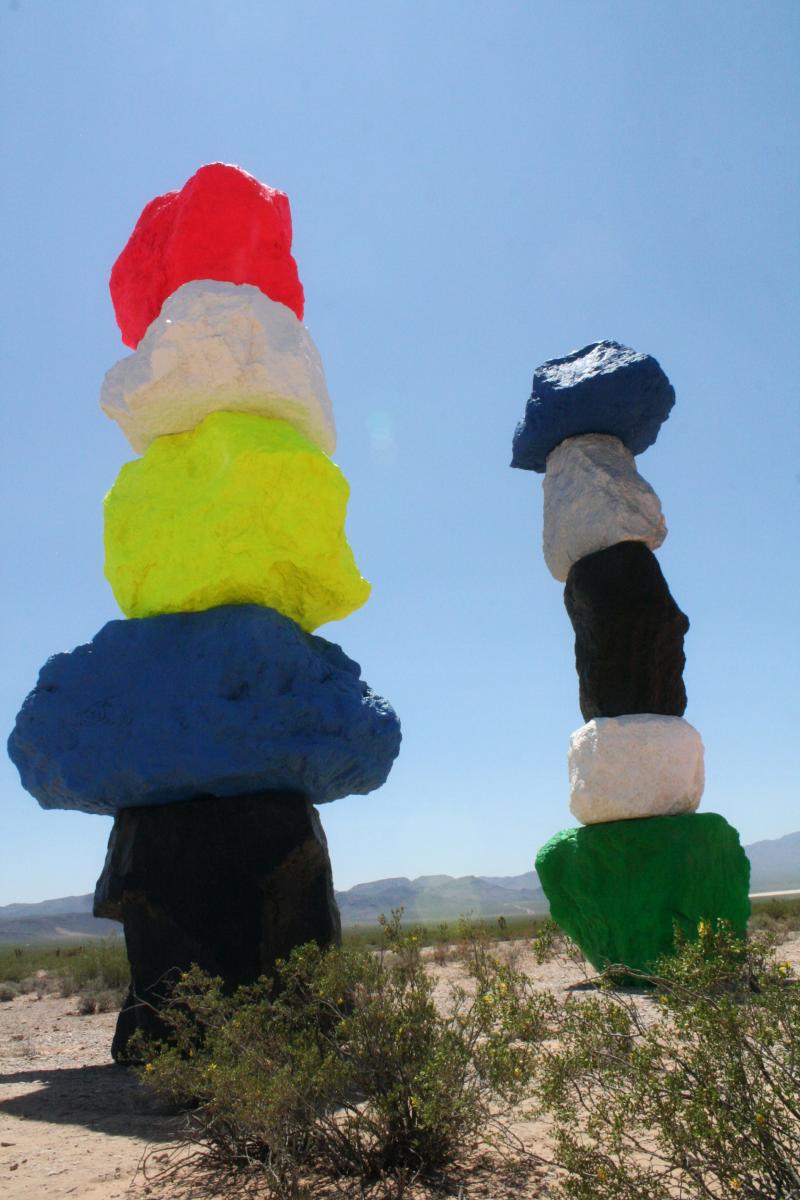 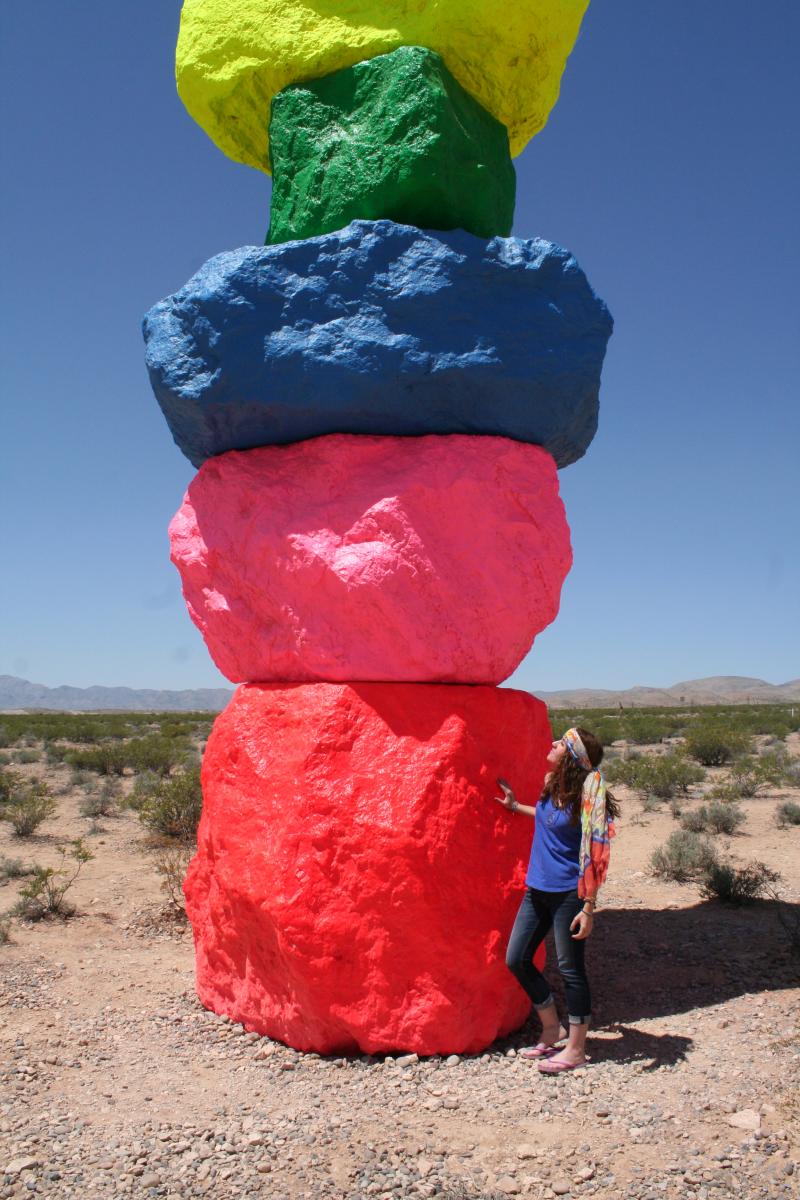 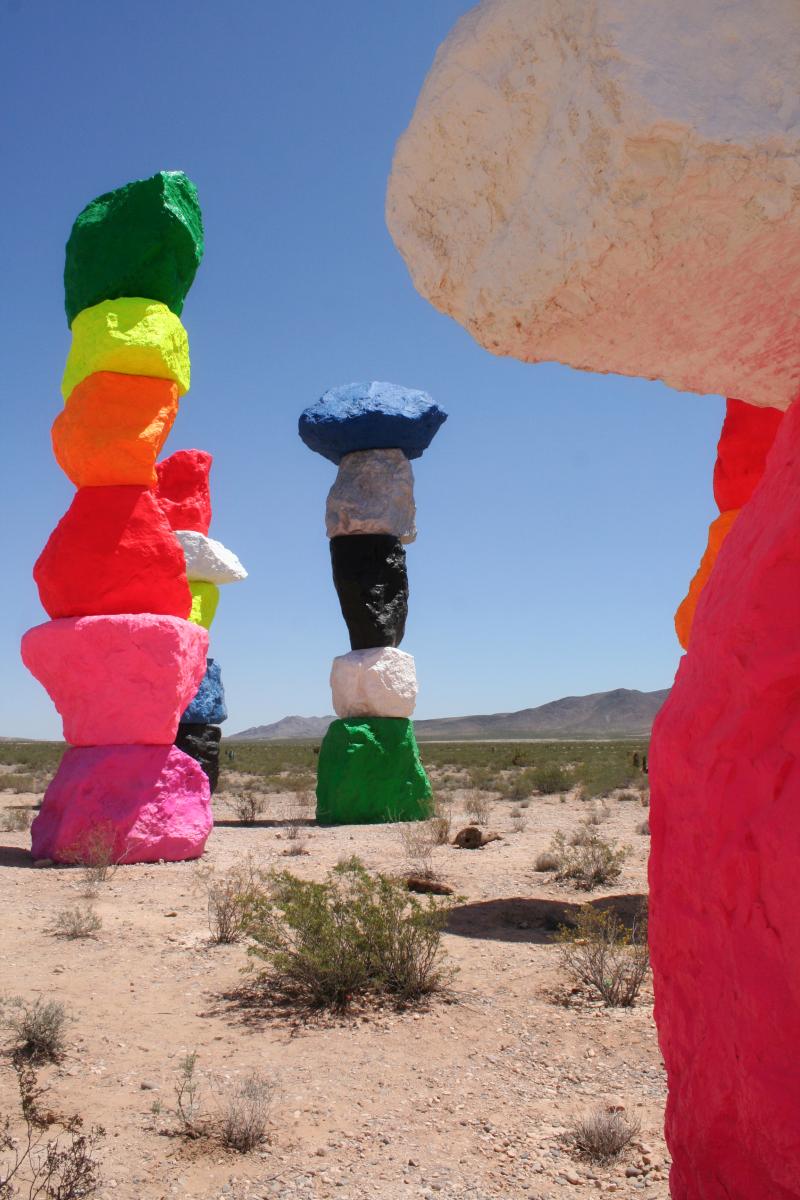 I’m not an artsy person. Not in that way, at least. I won’t claim to understand the meaning behind these pillars, what the artist intended when he put them in the middle of the desert. But I like that they exist. I like that they’re different.

And, in general, I think there’s something pretty fascinating about open-air art exhibits. Like the creepy-cool Last Supper at Rhyolite. Or the entire town of Chloride.

So Steve and I journeyed to Seven Magic Mountains, then meandered through the Mojave National Preserve, passed through Laughlin, and ended up in Needles—where there wasn’t a whole lot to do. So we turned around and went to Bullhead City where we ate some delicious pizza (which makes any adventure more awesome), then found a spot where we could admire the Colorado River. 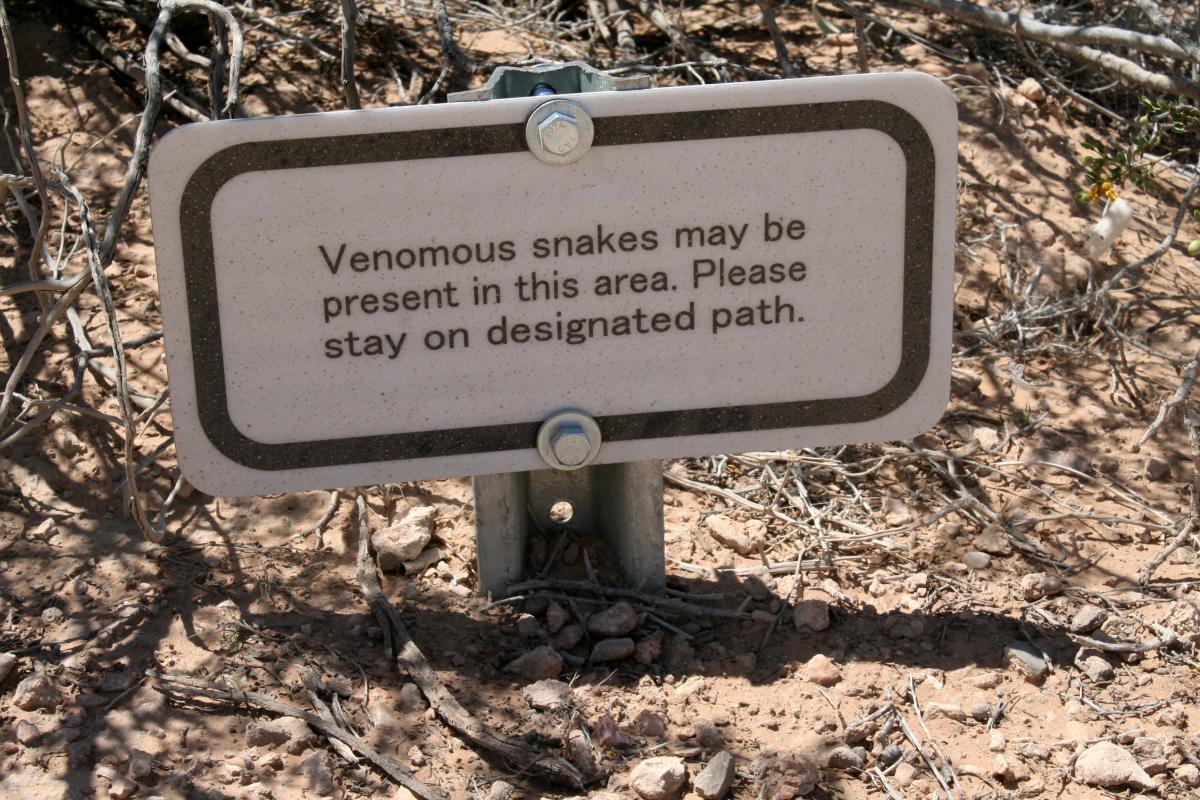 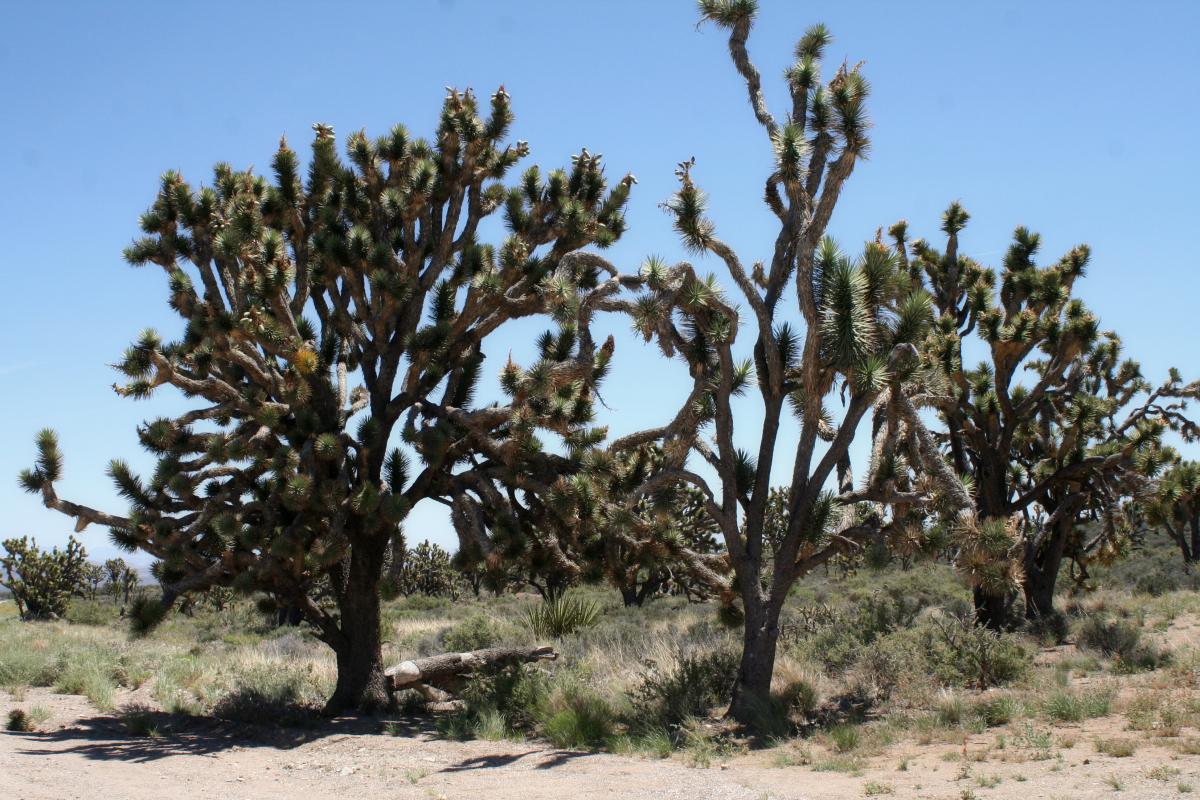 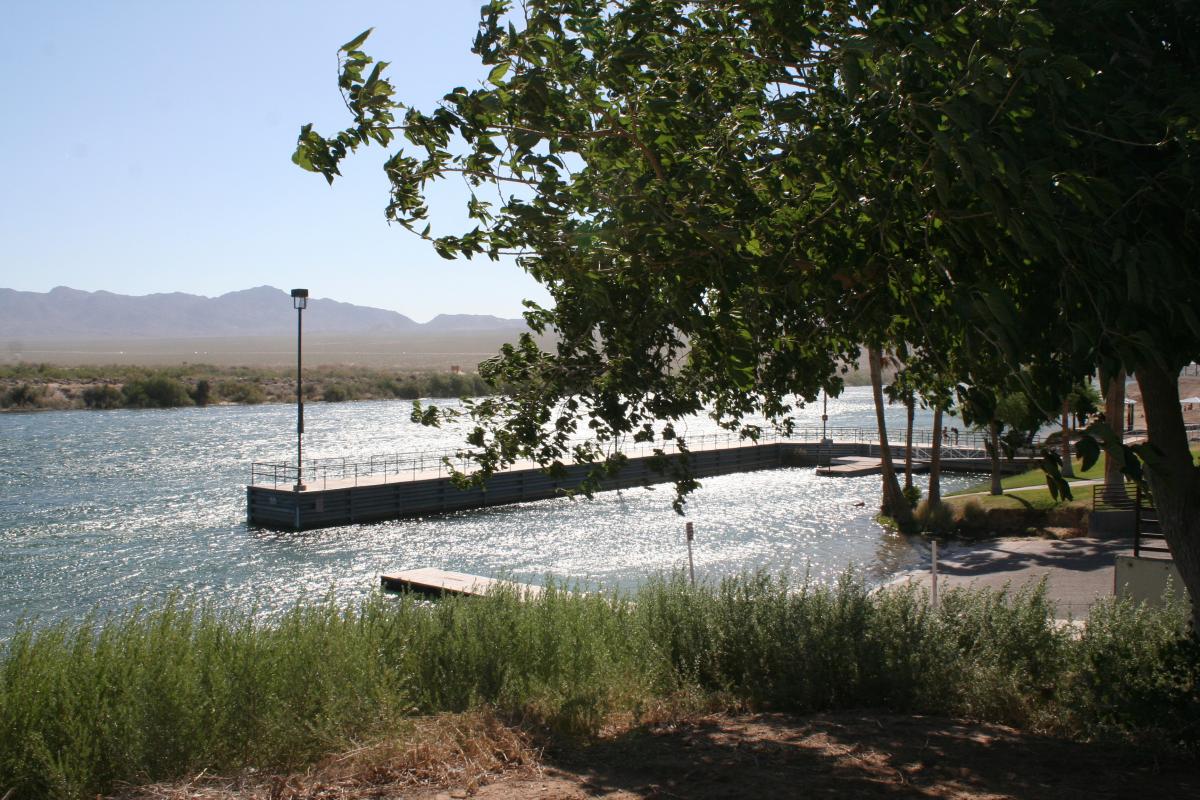 All in all, it was exactly what I needed to recharge and get past some of the anxiety that’s been plaguing me lately.

And it turned out to be a good thing we visited Seven Magic Mountains when we did.

Because I woke up yesterday to discover the art exhibit had been vandalized overnight. Covered in graffiti.

Come on, really? It hasn’t even been there for a month yet.

I get that I’m all about urban exploration. And yeah, some people put that in the same category as tagging. But I never destroy anything. I leave places the way I found them. And on the few occasions I went exploring with someone who didn’t have that mentality (decided to bust out the windows on an abandoned house, etc.) I raged at them, and never invited on future explorations.

(Okay. That’s not entirely true. There was ONE time I willingly damaged a property. But it’s only because there were stairs leading straight into the ceiling and I wanted to uncover the secret room the stairs led to. Anyone would have done the same… Right?)

Anyway, the point is, tagging Seven Magic Mountains: Not cool.

After reading the newspaper piece about the vandalism, I did the thing I know I should NEVER do. I read the comments on the article. And they were all like, “What did you expect? Of course someone would vandalize this place.”

Should that have been my first assumption? I should have looked at this art installation that someone put their time and energy and heart into, and my first thought should have been “Well, that looks like a target for graffiti.”

The commenters seemed more annoyed at the artist than the people who spraypainted the pillars. As if the artist got what he deserved for doing something as stupid as putting artwork in the desert in the first place. Like he was asking for trouble.

Besides, maybe the artist did assume it would get tagged. Maybe he just didn’t care. Maybe you don’t live your life that way—avoiding situations and refraining from doing anything that means something to you just because you’re afraid of someone ruining it.

Anyway. The point of my mini-rant is that, despite not being an artist (of that sort) and not (really) getting the meaning behind the Seven Magic Mountains, I like that they exist. I want more things like this to exist. I want people to create magical, intriguing things all over the desert. All over the world.

Though… If I’m pushing for everyone to express themselves, maybe I’m contradicting myself? Maybe the people who tagged Seven Magic Mountains were just expressing themselves in a different way?

And maybe there are nature lovers who think putting neon rock sculptures in the desert is the true vandalism.

Hmm. Something to ponder. 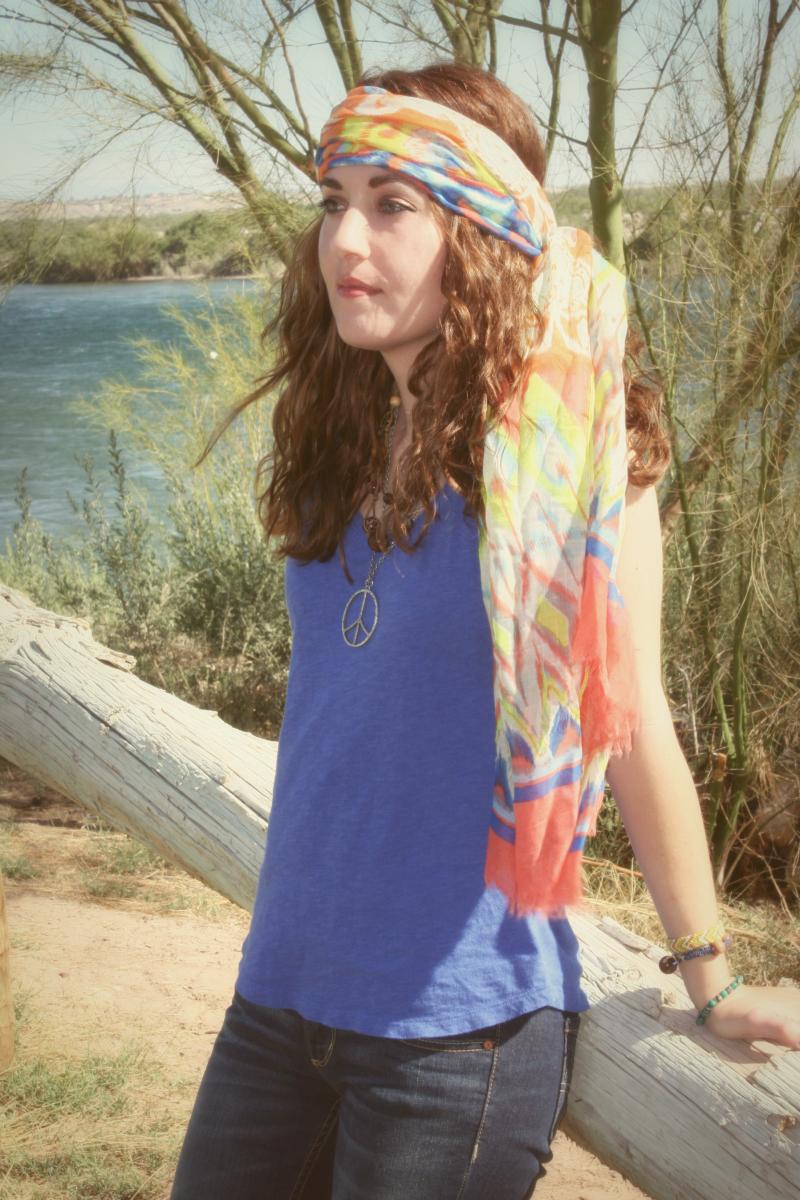